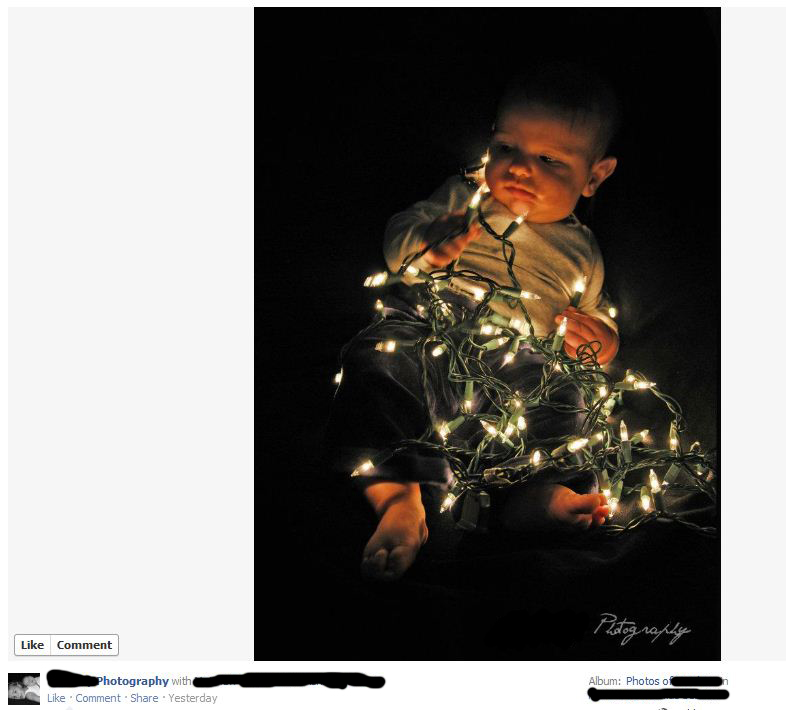 Merry Christmas! If you’re going to let a baby play with Christmas lights, might as well do it in a piss poor image.