Reply To: Why is everyone hung up on NOISE!?!

After much soul searching I purchased a 7D Mk II body today. It came with a camera bag, extra neck strap and battery! An extra break is it takes the same battery as my 5D Mk III, so I can charge two batteries at once now.
We attended a charity dinner tonight and I took the new camera along to see how much abuse it could stand. Turns out it can stand a lot. I took 450 photos and used half a battery, give or take. The photos aren’t trying to be great photography, just test shots to see what the camera can do with ambient light. Look at the photo quality, then look at the EXIF data.
I don’t have a raw converter on this computer and have to upgrade the OS before I can install Canon’s software, so these are JPEGs that have been straightened and cropped. I had it write raw files to a second card so later I will process some of them to see how they compare. It’s late so only 5 photos. They start here: 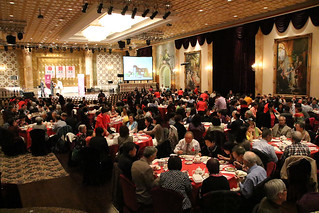 and run to here: 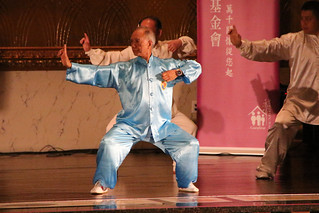