Reply To: Tell me what you think of these. 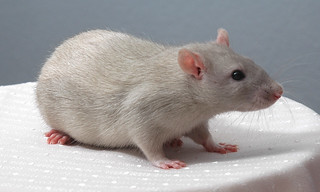 A little sharpening around the eye might improve it even more.

Interesting combination of pets; snakes and snake food!  Though I guess your snakes are still a little small to eat rats.

In addition to what Cassie said:

– A shot of just the snake’s head might be interesting.

– The white cloth has a distracting pattern, a plain white fabric might be a better choice.

– A smaller aperture for the snakes may have given enough DOF to get the whole snake sharp.  Shallow DOF is an artistic choice, but a nice sharp snake may make a more pleasing photo.  The alternative would be to have a very shallow DOF, with just the head in focus.   Sometimes slight softness is inevitable, but while complete sharpness and very shallow DOF look like choices, a little softness sometimes looks like an error.

– The bucket’s bottom is not flat.  The fabric forms a shallow dish.  Try something rigid under the cloth, on the bucket, either a large book, some plywood, plexiglass or similar material.

– A few of your photos have a shadow on the wall, at left.  A grey wall offers lots of options, unlit it goes black, brightly lit, it goes white, partly lit you get shades of grey.  A uniform shade, or a gradient, will look like you meant to light it like that.  The shadow down an edge looks like a mistake.

– For small scenes, white foam-core makes a good background.  It takes less light to make it pure white in a photo than a grey background requires to get to white.  Foam-core comes in many colours and black, too.  You can also get large sheets of heavy construction paper that work well.  Both are available at craft stores like Michael’s and sometimes at Walmart.