I’d have to go to Hong Kong though. That’s kindof a long trip for a ruler.

Well, I got one, and it’s a 14 hour direct flight from here!  Got to love Boeing’s 777, the first time I went we flew to LAX, then to Kai Tak in a 747-400, door to door was 27 hours!  Disney is on Lantau Island, which is conveniently where Chek Lap Kok, the new airport, is.  You have to transfer trains but you can catch a subway train from the airport and switch to another that will take you into Disney. 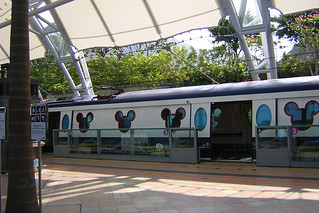 Actually, if you go, there are lots of things to see and do.  I prefer Ocean Park to Disney.  Don’t forget to visit the giant Buddha while on Lantau Island.

You know you had a weird adolescents when you mention they make your mouth numb and I instantly went to “like cocaine?” -_-

LOL!  All I know about cocaine is that it’s popular with rock stars and was featured heavily on an old TV show, Miami Vice.