And, we were at a silk plant in Suzhou, near Shanghai, where I saw this little girl.  The way they get silk and turn it into threads was fascinating but I had no interest in the bedding so I had a chat with the little girl and her mom.  We were both carrying Canon Rebels so we had something in common.  The camera belonged to the little one!  She showed me some of her photos on the back of her camera and she was much better than the fauxtographers here. 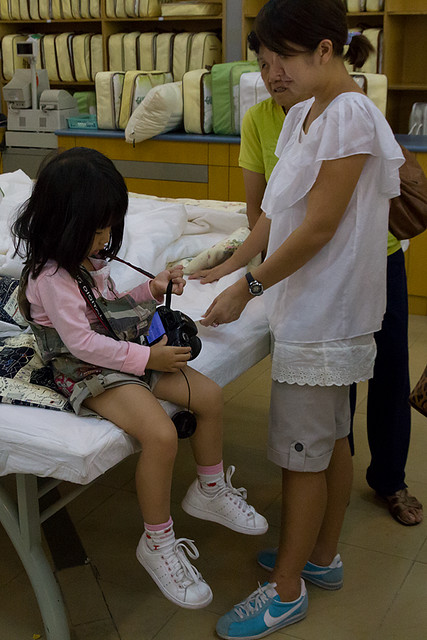