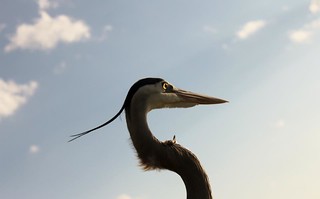 I like that one!  The light is bad but it’s very Sesame Street! 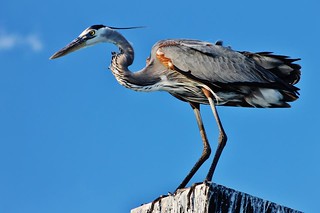 Indeed, he does look like he’s ready to leave.  Nice dramatic side lighting.  I don’t think your lens is doing you any favours.  It’s OK for now but think about upgrading your lens when you have the budget.

The longer your lens and closer you are to your subject, the less DOF you get.  Some lenses focus closer than others, too.  And some lenses are sharper than others.  According to the receipt, in 2006, I purchased an EF 75-300mm f/4-5.6 USM II/III AF lens.  It went back to the store a couple of days later because it was not sharp. The salesperson said he could give me a different unit but I would be just as unhappy with any he had in stock, they were all too soft to suit me.  It was replaced by a 70-200 f/4 L which is very sharp.