Reply To: Back for More

I got back to your web page and had another look.  I see some problems (white balance, blur, focus).  I also liked a lot of what I saw.  I’m not sure how old the photos were, so I moved over to Flickr to see some recent ones, and in hope of seeing EXIF data.

I’m not sure what you were trying for here, or how important the background is.  It might be a better photo if she were moved over so her left arm was just inside the pillar behind her and her head was on the tan background behind the tree.  I don’t think the red doors help the scene, and I’m wondering about the metal cans near the left edge.  I would consider removing the expansion crack from the pavement, too.  And I would level it. 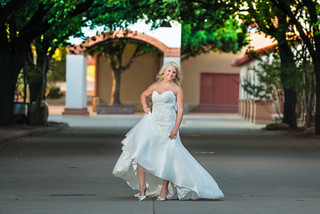 How much you do with post is an artistic choice.  Do you follow the photojournalism philosophy of not affecting the “truthfulness” of the image, or do you edit to get the best looking image you can?  Depending on the answer to that, I might suggest reducing the brightness of the background so she stands out more and the background is de-emphasized.

Here is one I think almost works, but would be much better with a second photo and some post processing trickery.  I really like the sunset and deeper blue of the sky above the level of that gazebo.  I’m not as enamored with the grey sky above the couple.  The transition at the top of the roof looks odd, too.  The foreground structure is keystoned a little and it feels like the photo is leaning.  And, you hid the flash that is lighting them behind the row of plants to camera left.  That flash is doing a great job of lighting the grass and steps.  This is where the second photo and some of the trickery could be applied to good effect.  Nothing moves for the second photo, but the flash is switched off.  The photos are merged and a mask is applied to remove all of the flash below the floor they are standing on.  A graduated mask could be applied to taste to adjust the brightness of the pillars.  I would mask left and right of the pillars to take that light back to the second photo without flash.  It is easier to overlay two photos before leveling and correcting perspective.  Once the photo layers were merged, I would level it and use the Lens Correction filter to straighten the pillars and posts. 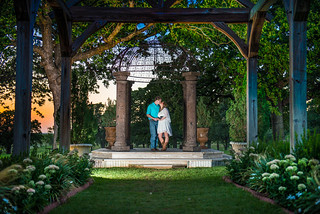 The next/previous, depending on how you count, could use some of the same.  The light hitting the structure and grass detracts. 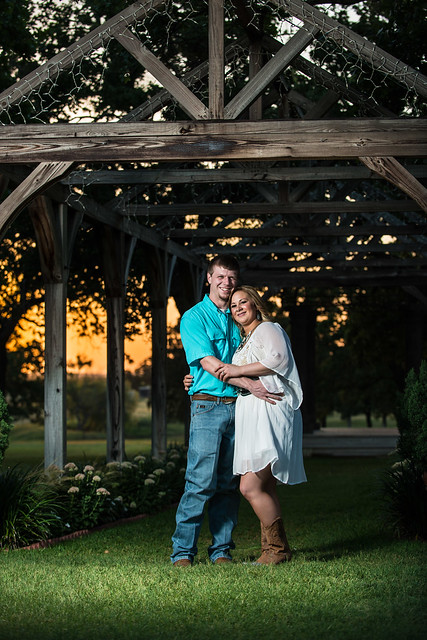 One other thought for now, …  F/11 is small enough for sensor dirt to register.  The Toyota photo has dirt in the sky!  And the D7000 has a dead pixel, too!  Is that an old Celica?  Pouring salt on our roads for 4 months every year ensures most older cars don’t survive here. 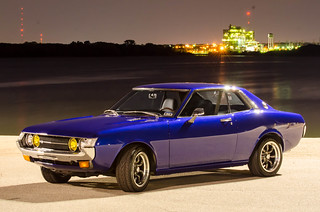 There is still room for improvement.  Sadly, there will always be, for all of us.  Others may have different thoughts but I liked a lot of what I saw.