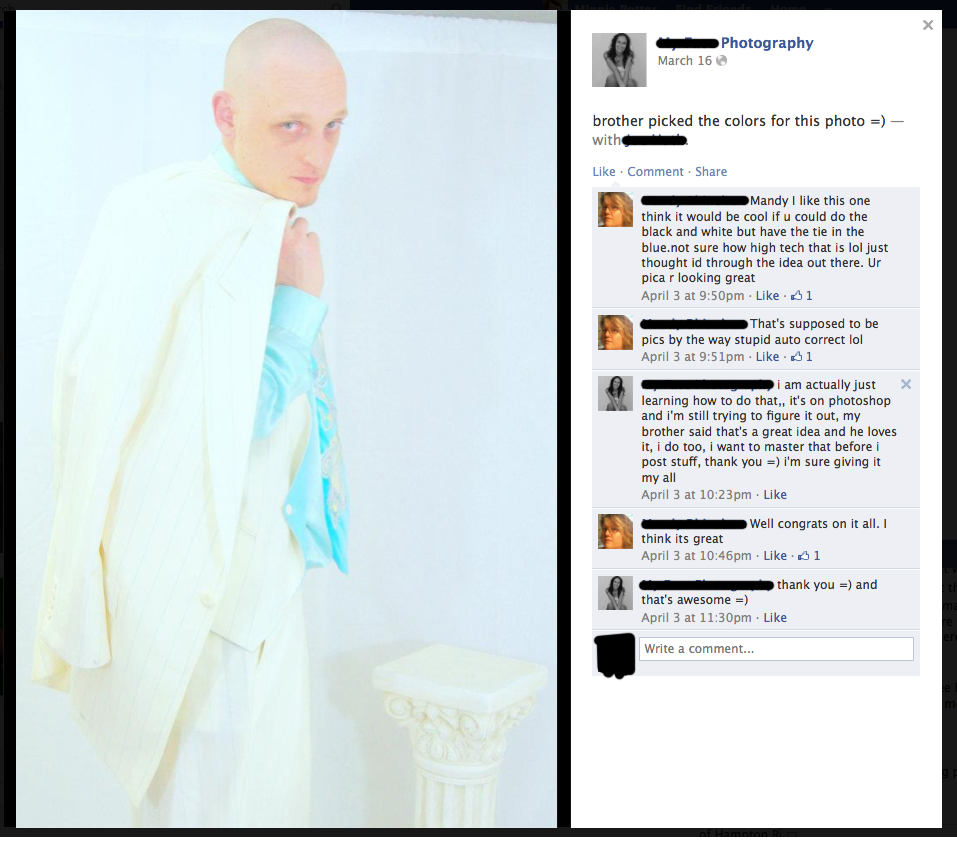 At least she hasn’t figured out selective coloring yet!