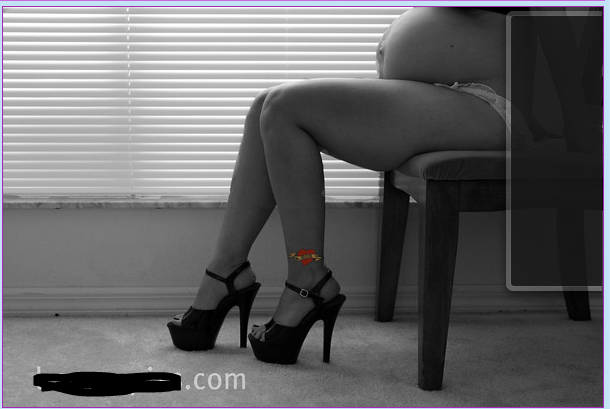 I want to know about the thought process behind this one. Fauxtog thinks to himself, “I know what will make her look classy, spot color on the tattoo!”