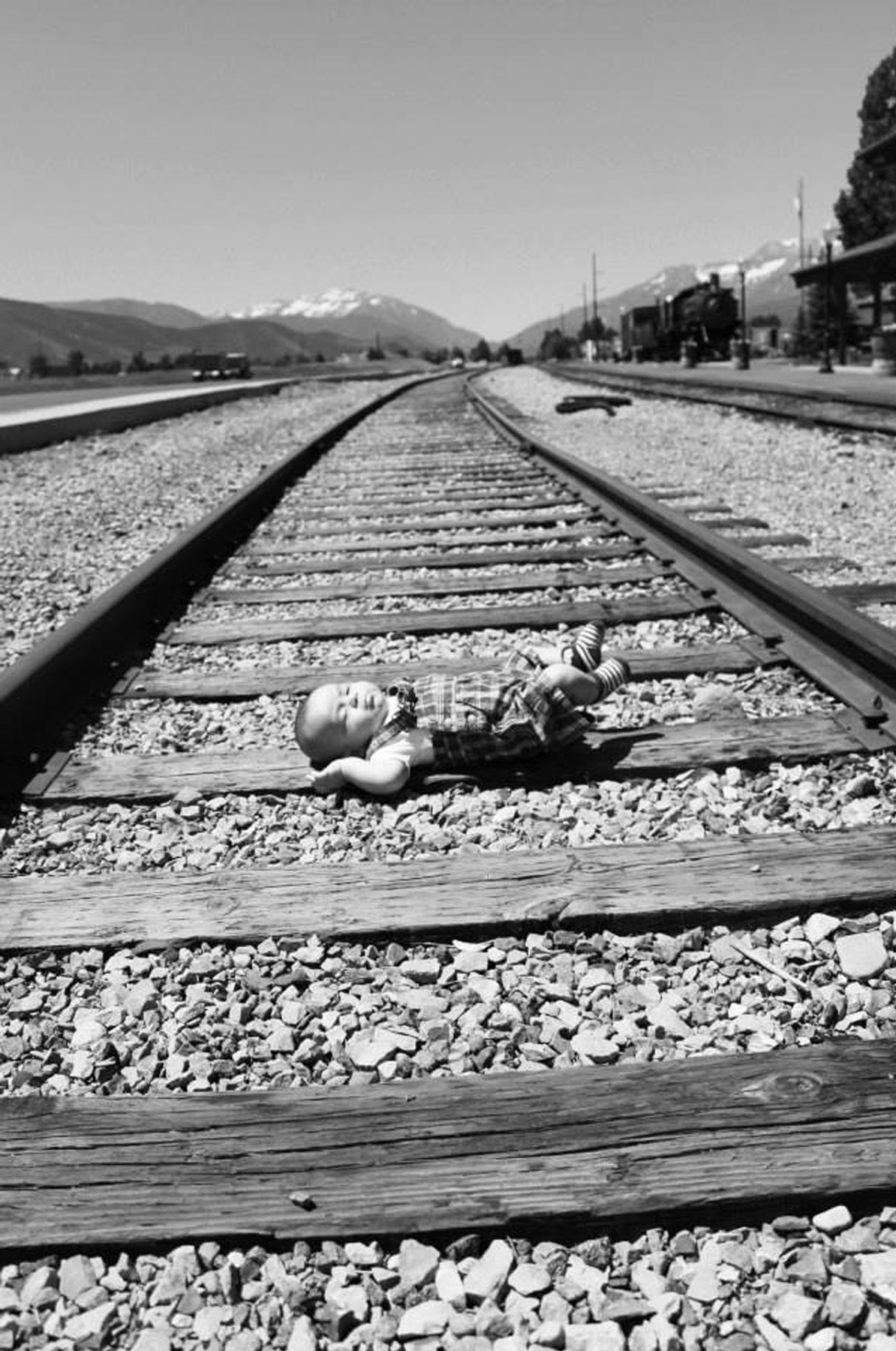 Silver lining? When the train comes, maybe it will take out the fauxtog and stop before it gets the baby…